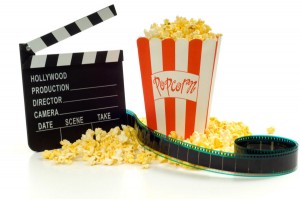 Enjoy movies on our big screen with free popcorn! Bring your own drink.

Jan 24: Gemini Man (rated PG-13)
Henry Brogan is an elite 51-year-old assassin who’s ready to call it quits after completing his 72nd job. His plans get turned upside down when he becomes the target of a mysterious operative who can seemingly predict his every move. To his horror, Brogan soon learns that the man who’s trying to kill him is a younger, faster, cloned version of himself.

Jan 31: Harriet (rated PG-13)
From her escape from slavery through the dangerous missions she led to liberate hundreds of slaves through the Underground Railroad, the story of heroic abolitionist Harriet Tubman is told.

Feb 7: The Good Liar (rated R)
Career con artist Roy Courtnay can hardly believe his luck when he meets well-to-do widow Betty McLeish online. As Betty opens her life and home to him, Roy is surprised to find himself caring about her, turning what should be a cut-and-dry swindle into the most treacherous tightrope walk of his life.

Feb 14: Last Christmas (rated PG-13)
Nothing seems to go right for young Kate, a frustrated Londoner who works as an elf in a year-round Christmas shop. But things soon take a turn for the better when she meets Tom — a handsome charmer who seems too good to be true. As the city transforms into the most wonderful time of the year, Tom and Kate’s growing attraction turns into the best gift of all — a Yuletide romance.

Feb 21: A Beautiful Day in the Neighborhood (rated PG)
Lloyd Vogel is an investigative journalist who receives an assignment to profile Fred Rogers, aka Mr. Rogers. He approaches the interview with skepticism, as he finds it hard to believe that anyone can have such a good nature. But Roger’s empathy, kindness, and decency soon chips away at Vogel’s jaded outlook on life, forcing the reporter to reconcile with his own painful past.

Feb 28: Midway (rated PG-13)
On Dec. 7, 1941, Japanese forces launch a devastating attack on Pearl Harbor, the U.S. naval base in Hawaii. Six months later, the Battle of Midway commences on June 4, 1942, as the Japanese navy once again plans a strike against American ships in the Pacific. For the next three days, the U.S. Navy and a squad of brave fighter pilots engage the enemy in one of the most important and decisive battles of World War II.